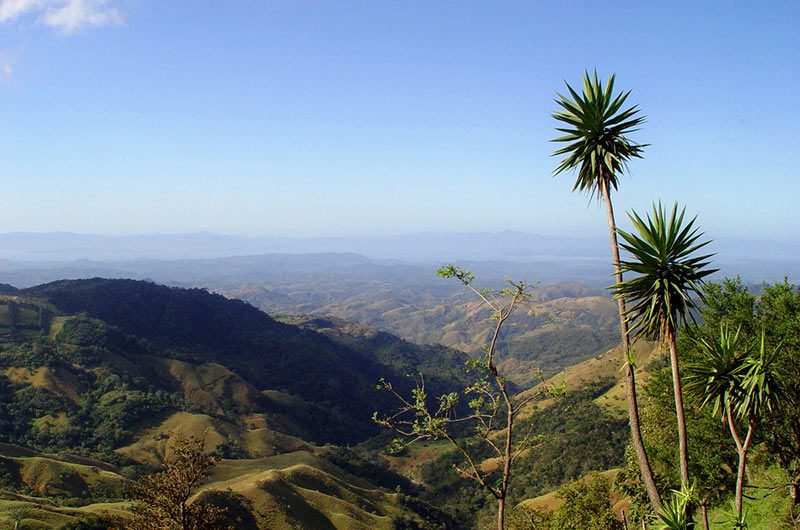 Known as the first country in Central America to produce coffee for commercial purposes, Costa Rica has seen incredible success within its coffee industry. In fact, coffee’s success has boosted the economy so much that the coffee industry is being outrun by other industries, and many farmers are giving up coffee growing for greener pastures. To see how the modern Costa Rican coffee industry reached this ironic stage, let’s take a quick walk through the nation’s history. We’ll then take a look at how coffee is grown in the country, as well as what that coffee tends to taste like.

A History Of Costa Rican Coffee

Coffee plants were first brought to Costa Rica in 1779 from Cuba, with commercial production launching for the first time in 1808. The first exports took place in 1820, just one year before the Central American countries declared joint independence from Spain.

The rapid growth of the industry in the 1800’s was due to government incentives and the hope of a more autonomous, less Eurocentric economy. And it worked. Exports were sent all over the Americas, finally reaching Britain in 1843 and the United States in 1860.

The income from coffee brought modernization to the country, then a part of the Federal Republic of Central America. Railroads were created, roads in rural areas were improved, and cultural centers in the capital, San Jose, were raised, including the famous National Theater.

In the midst of this rapid success, the world’s coffee industry was changing. New players were entering the coffee economy, disease would find its way to Central America, and world wars would change the way people purchased coffee.

By 1900, Brazil was making waves in the coffee industry, causing frequent price fluctuations for Costa Rican farmers. The country’s neighbors, especially Honduras and Guatemala, were also becoming big players on the world coffee stage as well.

The arrival of World War II marked a big shift in Costa Rica’s coffee as well. Before, the country had been England’s #1 supplier of coffee, but with rationing and changing economic priorities, England stopped buying during the war. It was starting to seem like Costa Rica’s golden age was coming to an end.

In the 1980’s a blight hit Central America’s coffee farms, killing millions of plants and stunning the industry for years to come. By the mid-90’s, coffee production had picked back up dramatically, but the price hadn’t. It was clear that growing coffee in Costa Rica was not as profitable as it once was.

Despite this drop in profitability, Costa Rica was still thriving—especially in the tourism and real estate markets. In fact, in the 2000’s, farmers by the dozens started selling their farms near San Jose to real estate investors. This trend continues to this day, but Costa Rica doesn’t show signs of stalling out yet—the country’s coffee is still prized around the world.

These days, less than 1% of the world’s coffee supply comes from Costa Rica. Yet, with that in mind, it’s still the world’s 15th largest coffee producer.

A quick glance at a map reveals that Costa Rica isn’t a very big country, but it does still have a high degree of geographical and climatic diversity. Coffee grown in the rainforest regions can be wildly different from coffee grown in the highlands.

Costa Rican growers are also increasingly distinguishing themselves from other markets by growing more experimental and rare plant varieties, including SL-28, geisha, and even local genetic mutations such as Villa Sarchi and Venesia.

Costa Rica also invented the ‘honey’ processing method, a processing style that’s a sort of mid-way between washed and natural processes. By leaving some mucilage (but not the entire cherry) on the beans while they dry on large patios, farmers can give their beans a rich sweetness boost (among other flavor attributes). These days, honey processing can be found all over the Americas.

Coffee from Costa Rica can be quite diverse, but the country’s coffee is well-known on a general level for its lively acidity, lighter body, and smooth, sweet, floral flavors.

Tarrazu is probably the most well-known growing region. Beans from this area have a particularly excited acidity that can catch even veteran coffee lovers by surprise.

Central Valley has the most distinct rainy and dry seasons, which allows producers to explore other processing methods. Natural processed coffees from here tend to have a milder acidity, heavier body, and bold aromatic flavors and sweetness.

Costa Rican Coffee At A Glance

Costa Rica’s reputation for quality is well-deserved. Beans from here are typically winners, and we’re proud to share the occasional offering from here. Check out our single origin Costa Rican coffee to experience some of the best, most carefully roasted coffee that this Central American nation has to offer.