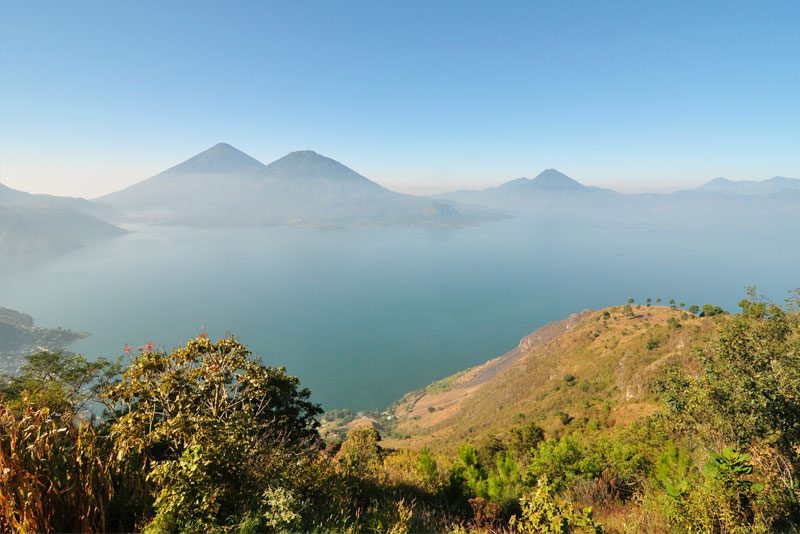 Guatemala, despite being a relatively small country, is extremely diverse in a variety of ways. It is one of the most climatically diverse nations in the world, is home to 21 Mayan dialects, and grows coffee with a wide array of flavor profiles. This Central American country, despite its difficult history of political upheaval and economic disruption from foreign governments, has a lot to be proud of. And its Guatemalan coffee is certainly one of those things.

A History Of Guatemalan Coffee

Coffee seedlings arrived in Guatemala in the late 1700’s, but growth was slow initially due to poor economic conditions that kept locals from being able to invest in the crop quickly. By the 1860’s, coffee was economically important to the country, largely because the previously most profitable crop, indigo, had lost favor to artificial dyes.

Industry growth continued to rise as dictator Justo Rufino Barrios seized public lands and reserved them for coffee farming around 1870. By 1900, Guatemala was exporting over 300 million pounds of coffee annually, making up 80% of the country’s exports.

The Great Depression of the late 20’s and 30’s affected Guatemala as well, leading to another dictatorship. Tired of dictators, Guatemala democratically elected their first president in 1940, but he wouldn’t last long. To protect US economic interests, President Jacobo Arbenz was overthrown in a coup by the CIA and replaced with… another dictator in 1954. As a result of this meddling, Guatemala experienced a series of civil wars between the 60’s and 90’s.

You may be wondering what all this political history has to do with coffee. Trust us, it’s extremely significant. All this economic and political back-and-forth caused the coffee industry to experience a roller coaster of growth and shrinkage. Many coffee farmers were killed in fighting and raids, infrastructure halted, and the economy was unable to grow.

The tragedy of Guatemala’s political and economic struggles led many to leave coffee farming. It even led many to leave the country. But, thankfully, 20 years of peace has given locals the chance they needed to get back on their feet and begin to thrive again.

These days, Guatemala is the 10th largest coffee producer in the world and is second only to Colombia when it comes to the percentage of specialty-grade beans produced there. Though farmers still face economic struggles that are leftover from decades of hardship, the local industry is seeing continued growth and demand.

Most coffee plants in this country are of the Typica and Bourbon varieties; though Guatemala does have a handful of geisha farms, most located on the slopes of Volcan Acatenango near Antigua.

For the most part, Guatemala has a well-functioning network of producers. Though infrastructure is still lacking generally (there is no national post office), coffee farmers tend to be surprisingly well connected. This is largely thanks to the efforts of Anacafé (Asociación Nacional del Café), the trade organization that champions coffee growers.

Coffee grown in these regions are all delicious and distinct, and exploring them all can be exciting.

A big part of what makes Guatemalan coffee so fascinating is its diversity. There are clear flavor differences between beans grown in different regions. Let’s stick with the four largest regions of specialty-coffee growers.

Most coffee farms in the country are located at elevations of 5,000+ feet, which is responsible for the bright acidities of many coffees. The volcanic soil found all over the country also provides the coffee plants with an incredible amount of nutrients, which is reflected in the exceptional flavors of the beans.

Guatemalan Coffee At A Glance

Guatemalan coffee has so much going for it. To experience the rich, crisp flavors of this incredible country for yourself, check out our current Antigua Guatemala single origin offering.