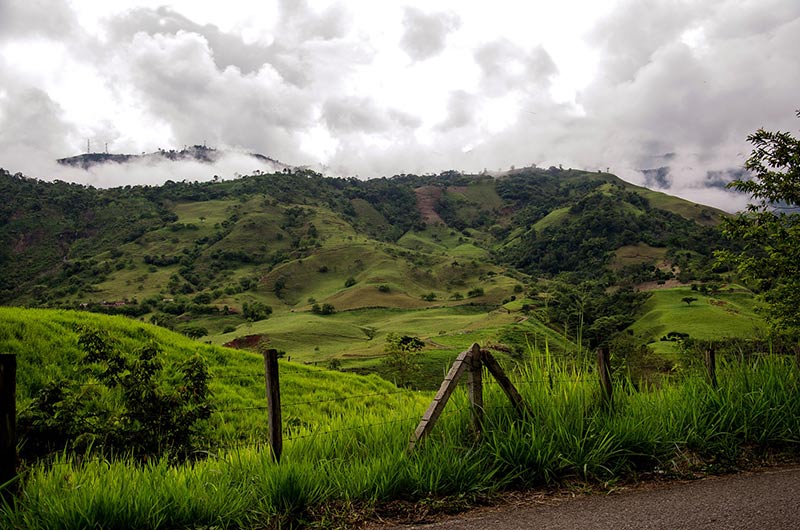 Accounting for roughly 12% of the world’s coffee supply and revered around the world, Colombian coffee is one of the big players in the global coffee industry. Viral advertising campaigns, efficient infrastructure for rural farmers, and an early jump on coffee exports in the region made it the powerhouse it is today.

But Colombia wasn’t always the third largest exporter of coffee. The beginnings of the country’s coffee industry are just as humble as those of other South American nations.

A History Of Colombian Coffee

Coffee was first brought to Colombia in the early 1700’s by Jesuit priests who arrived with Spanish settlers. The first crops were harvested in the Northeast part of the country, but coffee was quickly adopted across the nation by small, family farms as a local cash crop.

The first commercial export of coffee didn’t occur until the first decade of the 1800’s. That first shipment of a humble 100 bags of green coffee (around 60kg each) was the first of what would become a major industry. As coffee consumption grew rapidly in The United States, Germany, and France in the mid-1800’s, so did Colombia’s coffee production.

The growing industry hit a brief decline in the late 1800’s as a civil war broke out in the country, called The Thousand Days War. The fighting, along with a lull in international coffee prices, forced many plantation owners to split up farmland among workers, giving locals ownership and autonomy over their own farms.

In the early 1900’s, the now peaceful Colombia created a logistics system that enabled rural, small-estate farmers to export their coffee more efficiently. This spurred a new age of growth and gave those newer farmers a way to keep producing.

Growing Into A Modern Powerhouse

In 1927, the National Federation of Coffee Growers of Colombia was created to protect the interests of coffee growers. This organization quickly came to represent a large portion of Colombian coffee farmers.

Over the next few years, Colombia thrived as a coffee producer and became the world’s 3rd largest exporter, behind only Brazil and Vietnam.

In the 50’s the FNC launched an ad campaign that would create a national icon and generate a thirst for Colombian coffee around the globe. The man who made it happen was Juan Valdez, a fictional character who would appear on a variety of ads to communicate the quality of Colombian coffee.

Juan Valdez and his loyal donkey, Conchita, have been beloved ever since. Many have claimed that this character has become “the Uncle Sam of Colombia”, though we’re honestly not sure if that’s a correct assessment.

It is estimated that there are over 600,000 coffee producing farmers in the country. Most of them are still small and rurally located, though decent infrastructure gives them a way to get their crops to market. A significant portion of Colombian coffee stays in the country, but the annual export for the nation is between 11 and 13 million bags.

Because of frequent rains, most Colombian processing stations use the washed method, resulting in coffee with a crisp acidity, pleasant sweetness, and a high level of flavor clarity.

There are actually two harvest seasons in Colombia. The first is from March to June, though a second, smaller harvest period occurs between September and December.

Flavor-wise, Colombian coffee is very diverse. Each of the 20 coffee producing departments (out of 32 total departments in the country) produce coffee that’s slightly different from the next.

In the Northern regions of Santa Marta and Santander, the lower altitude and higher temperatures result in coffee with a full body and deeper flavor notes.

In the Central “coffee belt” of Antioquia, Caldas, Quindio, and other departments, coffee tends to be well-rounded with nutty and chocolate flavors, a gentle sweetness, and a mellow acidity.

In the Southern departments of Nariño, Cauca, and Huila, the high elevation tends to produce coffee with a higher acidity, floral aromas, and complex flavor profiles.

Colombian Coffee At A Glance

Colombia’s diverse coffee regions generally produce high-quality beans. Unfortunately, many of these great coffees have historically been roasted super dark, destroying much of their flavor. We, however, love to highlight the best flavors of every coffee we find, and our Colombian is no different.

Check out our single origin Colombian coffee to experience some of the best, most carefully roasted, coffee that the South American nation has to offer. 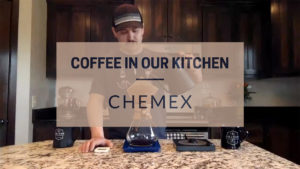 Coffee in Our Kitchen – Chemex Recap

For those of you who joined us for our first ever Coffee in Our Kitchen...